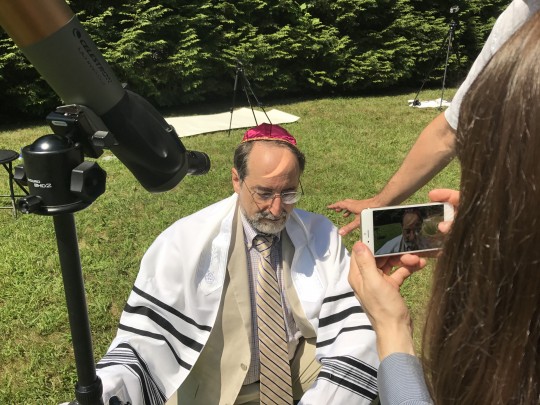 This past August 21st, shortly after the total eclipse of the sun along a creek in the lee of the Great Smoky Mountains, Weschler presided as rabbi (for the fourth time in his life) at the wedding of his dear artist friends Gerri Davis and Trevor Oakes.  He wrote about the adventure, and in passing the near infinite unlikelihood of eclipses taking place at all and their consequent role as the possible taproots for the evolution of all human intelligence, in a letter to the editors of McSweeneys which they published in their Issue 51, December 2017.