Ernst Toch - my grandfather the forgotten composer who fled the Nazis 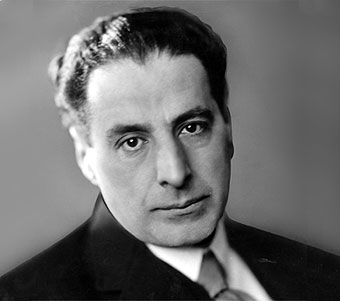 One such schnauzer, the writer Bruno Frank, used to make regular evening pilgrimages to that very palm colonnade, where he’d occasionally startle strolling passers-by. “There,” he would announce plaintively, pointing out over the glistening water toward the setting sun, “there lies Germany!” No one had the heart to tell him that, well, no, actually there lay… Japan.

Oh the other hand, Thomas Mann, that undimmed greyhound, betrayed no such wistfulness. “Wherever I am,” he’d frequently proclaim from the gardens of his elegant Pacific Palisades fastness, “there is Germany!” to the hearty (if dubious) concurrence of his fellow emigres. If only it were so. For Los Angeles was very pointedly not Berlin. The rich tradition of popular immersion in high (and in particular avant garde) culture that had grounded creative life over there (four orchestras and three operas in fertile competition almost every night of the year!) was replaced in LA by what the composer Ernst Krenek once characterised as “the echolessness of the vast American expanses” or what conductor Henri Temianka often described as Southern California’s overriding characteristic: “an unlimited indifference and passive benevolence toward everything and everybody.”

Back in the late 30s and early 40s when scores of Europe’s leading cultural figures escaped Hitler’s depredations and settled along the Pacific shores of Los Angeles, exiles as it were in Paradise, the Germans among them used to regale themselves with the tale of two dachshunds meeting beneath the breeze-wafted palms on the Santa Monica palisade, and how one confided to the other that “Here it’s true, I’m merely a dachshund, but back in the old country, I was a St Bernard.”