Problems with Authority: Gerri Davis in conversation with Lawrence Weschler 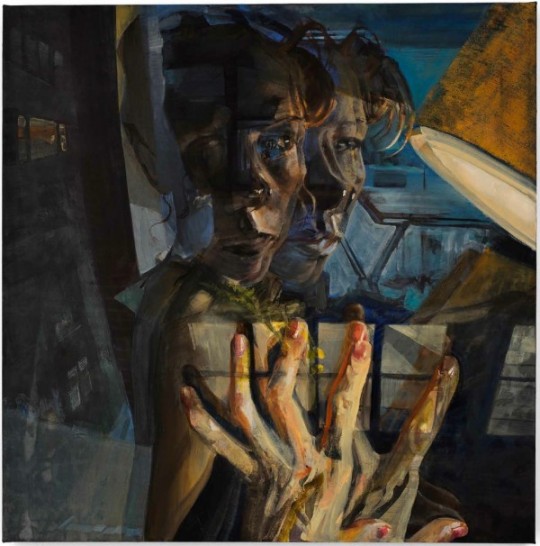 Gerri Davis in conversation with Lawrence Weschler in her New York Studio. January 21, 2013

LW: Why don’t we start with this one here.

LW: Does that make sense?

GD: This is actually the third one of these dark window pieces that I did (Far Window, pp. 1, 9). In the first one, Night Window, I was sitting against a window looking out onto the street with a mirror leaning against that window, so the mirror bounced its image onto the window which in turn was reflected in the mirror, and so on, bouncing back and forth with the mirrored interior scene seemingly hanging in midair out above the street.

LW: And that one was in your last show?

GD: That was in the last show, yeah.