The Passing of the Great Cardinal Arns of Sao Paulo 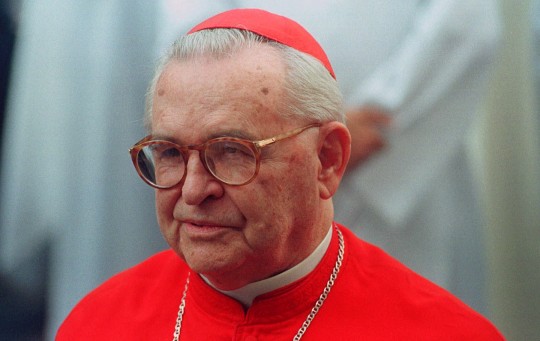 Above: Cardinal Paulo Evaristo Arns, pictured in May 1998 during a handover ceremony in São Paulo, Brazil. He died Wednesday, December 14, 2016, at age 95.

He stood up courageously against Brazil’s dictatorship and supported the “preferential option for the poor.”

The announcement late last year of the death, at age 95, of Cardinal Paulo Evaristo Arns of São Paulo, Brazil—or Dom Paulo, as he was almost universally known to his parishioners—has taken me back to memories of a conversation I once had with him, one that I’ve never publicly related before, though there’s really no reason to keep from doing so any longer (since most of the principal people involved have now died).

Thirty years ago, I was in São Paulo reporting for The New Yorker on the settling of accounts with the torturers of the prior regime in the newly democratizing Brazil, leading up to my 1990 book A Miracle, A Universe. The “Miracle” of the title alluded both to the supposed Brazilian Economic Miracle initially spawned by the 1964 US-backed military overthrow of the country’s democratically elected government, and to what some considered the true miracle of that era: the way a motley band of once imprisoned activists subsequently conspired, at great personal risk, by way of a five-year-long top-secret operation, to smuggle out and eventually publish the military regime’s own files regarding the extensive torture system upon which that economic growth spurt had largely been based. The “Universe,” in turn, referred both to the universe of documents (“universe” being the technical archival term) that the conspirators managed to sneak out, one file box at a time, from the basement archives of the country’s Supreme Military Court, and to the entire universe of suffering contained in every single individual file in that resultantly cloned archive. (A tale worthy of Borges, as scripted by Costa-Gavras.)

Read the full article in The Nation.