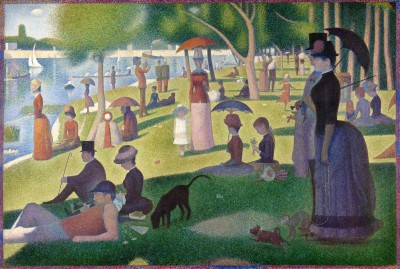 Remember how last time we were talking about Robert Irwin and his brilliantly confounding installation at the Whitney—the restaging, this past summer, of that 1977 piece of his in which museum visitors were delivered from out of the elevator onto an amorphous fourth floor entirely pithed of its usual internal walls and struts and light fixtures and transfigured into a seemingly empty footballfield- sized space (all ceiling hive and slate-grid floor), though one bisected by a vast, translucent swath of taut scrim, stretching all the way across the length of the vastness from the far left to the far right, from ceiling down to eye level, whose fabric seemed to catch and hold the natural light of day as it poured forth, tide-like, from that strange, trapezoidal window way over to the left: a space, in short, initially almost impossible to put together in one’s mind, the occasion for a sort of perceptual free fall in which one actually got to experience, momentarily, as if in drop-jawed slow motion, all the sorts of things one is constantly doing to get one’s perceptual bearings in the world? Getting to “perceive oneself perceiving,” as Irwin likes to frame things, being for him the ultimate function of art.