From Mecca to Ground Zero and Back 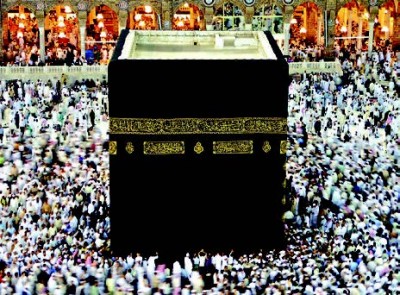 From The Believer,  November/December  2013

As I was reminded this past October, the hajj, the annual Islamic pilgrimage to Mecca, which every devout Muslim is required to undertake at least once in their lives, begins with the Tawaf, the first of seven ritual actions taken during that week, consisting of a counterclockwise circumambulation around the Kaaba, the holy of holies, a massive black cube building slotted in the middle of the vast interior plaza of the Al Masjid al Haram mosque (said to be the first house built for humanity to worship Allah, indeed long before the days of Muhammed, all the way back to the time of Abraham, who was said to have worshiped there).