Intro to the catalog for a show at the Renwick/Smithsonian, Washington, DC | Monday, Nov 23, 2015 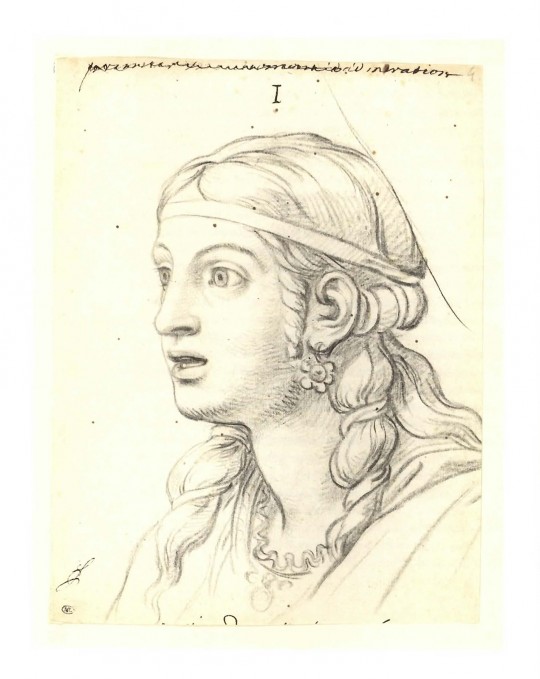 "Pillow of air" moments is how I have come to think of them, those times when one can become so gobsmacked, so taken (in and away, transported) by the object before one - this Marvel, that Wonder - that one notices how, in astonishment, a pillow of air has formed and become lodged in one's very mouth and that one has neither breathed in nor out for what seems a good ten-second eternity.

That experience, in turn, puts me in mind of that marvelous, mad volume by the midcentury University of London philologist and divine R. B. Onians, The Origins of European Thought about the Body, the Mind, the Soul, the World, Time and Fate (1951) - now there's a tome every self-respecting word/world maven ought sport on his/her shelf! I think specifically of his reflections: "The Greek word for I perceive [which is, in turn, as Onians points out, at the root for the term 'aesthetics'] is to be found inthe middle of the Homeric term for I gasp, I breathe in, the eyes being understood[as with breath]as not only passive but active outwardly. Thus for the race at an early stage the primary relation of breath to consciousness appears to have been worked out to a logical conclusion as a harmonious system.(1) The lungs and chest were presumed as the seat of perception, the manifestations of which were, in turn, understood in terms of in and out, reception and projection, the world flowing in through one's retina, but attention no less flowing out.

Pillows of air, by a commodious vicus of recirculation, are caesurae between such breaths: those seemingly endless instants when everything pauses in perfect equilibrium. All those awkward moments (and one is back there in this essay's first sentence) can be experienced only by a solitary soul, the world in its singularity addressing an individual in the unique entirety of his/her being. Oh, but the savor of it all, the delicious experience of finding oneself momentarily at a loss and losing oneself in that finding. That swell, vertiginous sense of slippage as the sea comes surging to shore and then goes sluicing back out, the sweet, racing under­-tow under one's squish-slippy toes as they sink under the receding sand.

Which in turn brings us back to the Age of the Marvelous, that absolute debauch lasting (more or less) a century and a half (from around 1492, to choose a year not quite at random-"Before, behind, between, above, below./O my America! my new-found-land" (2)-through roughly 1650), when Europe seemed veritably to revel in a taste for wonder and astonishment. Right smack in the middle of it all, in 1595, we had Sir Francis Bacon advising any would-be magus, "so that you may have in small compass a model of universal nature made private," to contrive a "goodly huge cabinet, wherein whatsoever the hand of man by exquisite art or engine hath made rare in stuff, form, or motion." Further, "whatsoever singular­ity chance and the shuffle of things hath produced; whatsoever Nature hath vvrought in things that want life and may be kept,"(3) could be gathered under a single roof-in a Wonder Cabinet, as it were.

And talk about the shuffle of things! The sheer volume of stuff! The very organizing principle of the show WONDER, it seems to me, is the prodigious profusion of matter - as in Shakespeare's sly coinage, almost contemporaneous with Bacon's prescription: ""What's the matter "­ matter as in mater, and from mother mater back to matrix, as in womb and loom. (I feel myself channeling my own father master, Norman 0. Brown, from my college days as his Latin student at University of California Santa Cruz: "Oh GrandNobodaddy, what big obs you had!")

Our host and Latter Day Cabinetman Nicholas Bell does a fine job in the essay that follows, tracing the rise and fall (and subsequent revival) of that hankering for marvel. (Can there be any doubt that wonder is distinctly back in flair these days? Haven't you, too, dear reader, not chanced to nose this?) At a certain point in the seventeenth century a more rigorous "modern" sensibility became suspicious of the beguiling sinuosities of the wondrous; it insisted on taming marvel's seductive profusions with more methodical stringencies, a prim and proper asser­ tion that indeed may with time have provoked its own polymorphous countertide. For aren't we speaking here, as the late great critic Thomas McEvilley discerned, of the premodern roots of the postmodern? (4) (Think of that sly old saw about why grandparents and grandchildren so cotton to one another: common enemies!)

In the midst of method's grand hegemony, in the nineteenth century, however, John Stuart Mill noted (as Bell reminds us), "It is not under­standing [i.e., science] that destroys wonder, it is familiarity."(5) In that sense we might ourselves well concur. Nor is it confusion that engenders marvel: rather, it's defamiliarization, or realienation- in short, the reenchantment of the world. That's art's brief. "Art's job," as Eudora Welty often insisted, is "to render the real real." (6)

So welcome to this show! About its sublime splendors and the sorcerer crew who entrammeled them, perhaps the less said the better. Come see for yourself! Breathe in, breathe out.

I sure hope somebody's told young John Grade about olde Bill Merwin's prose poem Unchopping a Tree, because Others are indeed waiting and Everything is going to have to be put back .(7) (Weatherknot anyone did, you, dear reader, well Google versed, will be able to track down that one for yourself.)

Come see for yourself and revel, perhaps, in that sense of inevitable happenstance perfectly captured by that other star-bound necromancer from the .Age of Marvel, Johannes Kepler, who once recorded:

Yesterday, when weary with writing, I was called to supper, and a salad I had asked for was set before me. "It seems then," I said, "if pewter dishes, leaves of lettuce, grains of salt, drops of water, vinegar, oil and slices of eggs had been :flying about in the air for all eternity, it might at last happen by chance that there would come a salad." "Yes," responded my lovely, "but not so nice as this one of mine." (8)

Breathe in, breathe out, and do come get yourselves good and lost! For as Northrop Frye used to recount (in Alberto Manguel's retelling):

A doctor friend . . . travelling on the Arctic tundra with an Inuit guide, was caught in a blizzard. In the icy cold, in the impenetrable night, feeling abandoned by the civilized world, the doctor cried out: "We are lost!" [Whereupon] his Inuit guide looked at him thoughtfully and replied: "We are not lost. We are here." (9)

1. Richard Borxton Onians, The Origins of European Thought about the Body, the Mind, the Soul, the World, Time and Fate (Cambridge, Cambridge: University Press, 1951), 75.

6. This quote, which has been variously worded, is phrased as "Making reality real is art's reponsibility" in Eudora Welty, One Writer's Beginnings (Cambridge, MA: Harvard University Press, 1984).