We Didn’t Have Politicians Up To the Task 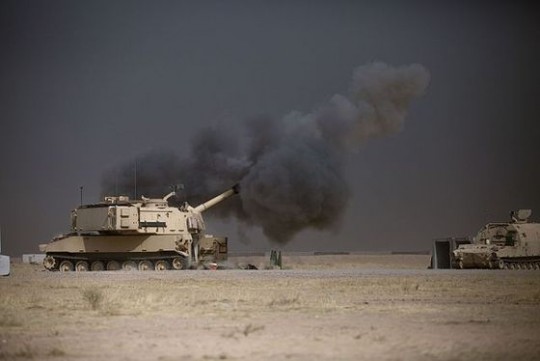 November 2, 2016 — As the Iraqi Army and coalition forces, supported by US airstrikes, enter the third week of a campaign to recapture Mosul from the Islamic State, and the bizarre epic contest to elect the next US commander in chief approaches its climax, the historical perspective of the Iraqi-American academic Kanan Makiya, who famously lobbied for the 2003 invasion of Iraq but later came to regret the intellectual legitimacy he bestowed on those put in power, appears newly relevant. The following is a condensed and edited version of a conversation between Makiya and the writer Lawrence Weschler that took place under the auspices of the Institute for Public Knowledge at NYU on April 4, 2016. Makiya is the author of many books, including the classic Republic of Fear (1989), Cruelty and Silence (1993), and, most recently, the novel The Rope, which details the aftermath of the 2003 invasion. Weschler’s profile of Makiya first appeared in the January 6, 1992, issue of the New Yorker, in the wake of the first US-led invasion of Iraq and the American retreat from the Shia Intifada they themselves had called forth, and is collected in his 1996 book Calamities of Exile: Three Nonfiction Novellas.